Burundi is a small country in East Africa with approximately 10 million inhabitants. Since its independence in 1962, the country was plagued by ethnic and political tensions. The Burundian civil war lasted from 1993 until 2005 and has claimed the lives of approximately 300,000 people. The decision of the president to run for a third term in 2015 again sparked protests and unrests throughout the country that last until today. As a consequence, tourism in the country came to a near complete stop. Most Western governments have issued travel warnings against travel to Burundi. The country scored 48th out of 54 African nations in our safety ranking for Africa. But the second least happy nation on earth has a lot to offer if you decide to visit despite the dangers.

Since it is so hard to find valuable information on tourism in Burundi, I hope to clear up some things about the country with my Burundi travel blog post. Let’s start from the beginning:

Planning our visit to Burundi

Since the start of the civil unrest in 2015, visa on arrival is no longer available for Western nations so we had to get our visas in advance. For me, that meant sending my passport to the Burundian embassy in Berlin. The visa costs 65 Euros and the processing took nearly four weeks. My passport would probably still be at the embassy if I hadn’t called them numerous times. The visa for my friends took even longer as the embassy closed down for a week without notice because the ambassador was on a trip. They even shut down their phone lines. But eventually we all managed to get our passports back in time for the trip.

Planning the trip to Burundi was quite different from trips to other countries. It is extremely hard to find up to date travel information or any Burundi travel blog. Nobody seems to have gone there since 2015.

Luckily, we managed to find Eric, a Dutch guy who had been living in the North of Burundi for several years. Eric was renting out rooms in his former guest house in Kirundo on AirBnb. Through him, we also managed to find first hand information about the safety situation in the country and he had some ideas about what sights we should see during our time in Burundi. Perfect, we were all set for the trip.

We decided not to go through Bujumbura, the capital of Burundi but to enter the country from Rwanda. So we took a flight to Kigali and organized a driver to the border at Nemba. The ride took about 1.5 hours and cost $80 – transport doesn’t come cheap in this part of the world.

A nervous ride towards the Burundi border

We were all excited and a bit nervous as we had no idea what was waiting on the other side. The closer we got to the border, the more nervous our driver got by the minute. Around two miles from the border he took a right off the main road and drove towards the last town on the Rwanda side. However, we insisted that he drove us all the way to the border post as we had agreed beforehand. Things got a little weird from there. He kept driving towards the border in slow motion, visibly distressed, looking left and right all the time. We started getting a little nervous too. As we arrived at the Rwandan military check point, the driver was relieved that we got out of the car and he could drive back to Kigali.

The Burundian government is using Rwanda as a scapegoat for everything that is going wrong in their own country and it is therefore not safe for Rwandans to enter Burundi. Since no Rwandans and no tourists want to go to Burundi, we were obviously the only people at the border trying to get into a country everyone else is trying to get out of. But until the border officials of both sides had woken up from their naps and started working extremely slowly, it still took us about 1.5 hours to cross. After the crossing, everything went quite smoothly. Our driver was already waiting on the other side to drive us to Kirundo.

Live was different on this side of the border. Burundi is definitely the most undeveloped country I have ever been to. Due to international sanctions, the nation is drained of foreign exchange which leads to a shortage of all imported goods. Fuel is hard to get by and we were the only car on the road for our 30 minute drive from the border. Public life is happening on the surprisingly well paved roads since they are hardly still used for driving. Flocks of people jump off the streets as we make our way through the numerous military check points towards Kirundo. Corruption is a big issue in Burundi but we are lucky – everyone here knows Eric, our host, as he is the only Mzungu (white person) living in the area. And apparently everyone respects him enough not to rip off his guests.

Places to Visit in Northern Burundi

Even though travelling to Burundi doesn’t seem very inviting, there are lots of things to do and see in Northern Burundi. On the first day, we explored the small town of Kirundo on foot. Everything runs a little slower here than elsewhere. As we sat down for dinner, we waited over two hours for our meals to arrive – not unusual, as we later learned.

The next morning, we got up early to enjoy the sunrise on a boat tour Lac Rwihinda. The ranger at the national park showed us his guest book where he registered all domestic and international tourists. There was about one entry per month over the last two years. The boat tour of Lac Rwihinda at sunrise was incredibly beautiful:

About 1% of the population of Burundi is of Twa (or Batwa) etnicity, pygmy people who live in various countries throughout East Africa. Before 2015, when the country was stable, the people performed traditional batwa dance shows for tourists to generate an income. Even though there is no more routine to these “tourist shows”, Eric organized a trip for us to the twa village. As we arrived at the small settlement, everyone was singing and dancing, waiting for us. But it didn’t seem like a tourist show. Everyone was enjoying themselves and they were a bit clumsy and excited themselves, not having performed their traditional dances for tourists in a long time.

We brought some soap bubbles with us to Burundi. Bubbles are a really good gift to bring to children in the developing world. They are a lot of fun and don’t create as much trash as wrapped candy or other small gifts.

Here are some more pictures I took on the tour:

The trip to Burundi was an absolutely positive suprise. Everything went smoothly and we didn’t feel unsafe at any time (apart from the drive towards the border on the Rwandan side). Life is hard for the people of Burundi. Many kids grow up without parents who have either died or fled the country in order to escape the extreme poverty, leaving their children behind. Nevertheless, we were welcomed by lots of smiling faces and I can only hope that the future of the country looks brighter than its past.

I hope you liked reading my Burundi Travel Blog. If you have any questions or comments, feel free to post them below.

Petting Crocodiles in the South of Bangladesh – A Memorable Travel Experience 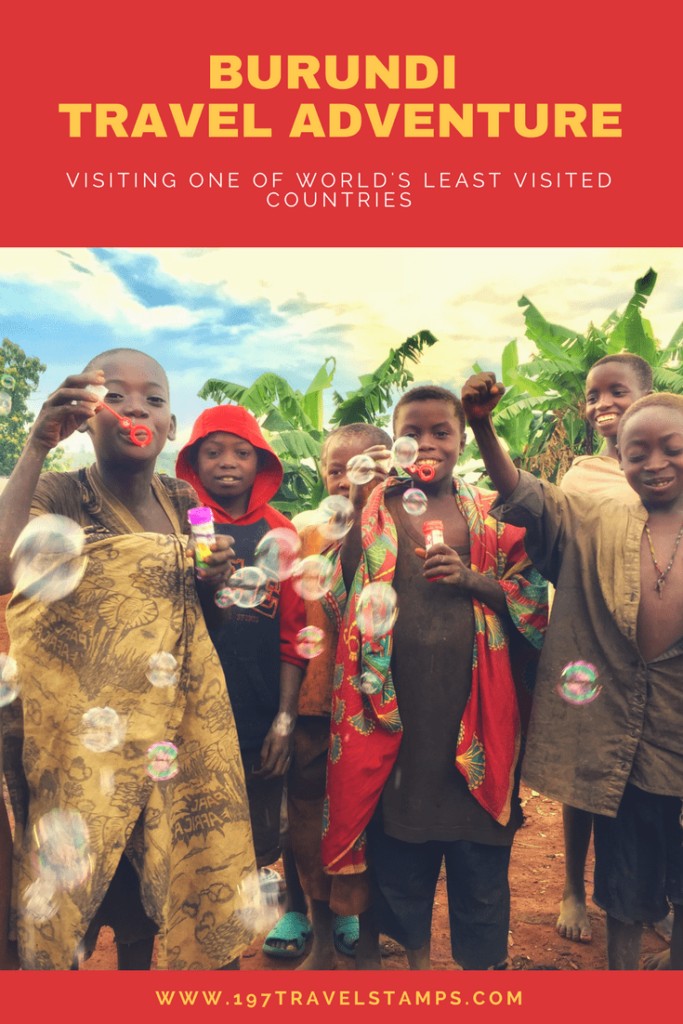 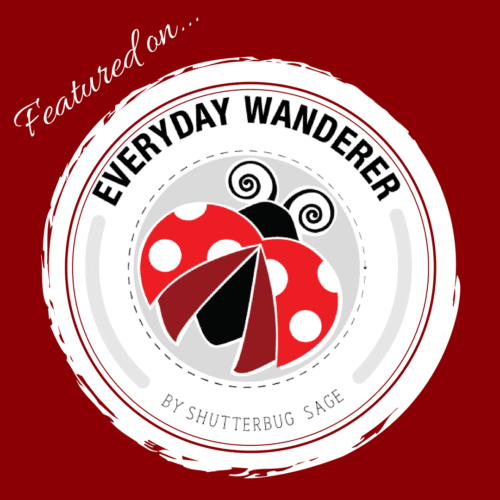