My flight from Lisbon landed 40 minutes early on the island of Sal in Cape Verde, an island nation off the west coast of Africa. I hand the immigration officer 25 Euro for the visa on arrival and my passport. He issues a receipt and puts a stamp into my passport. All within seconds. As I head out of the airport, a taxi driver asks for €15 to bring me to my apartment in Santa Maria in the south of the island – exactly the price I was told to pay by the owner. Wow! Is this really Africa? Immigration didn’t take hours and the taxi driver didn’t even try to rip me off. I really liked the first impression of Cape Verde – country number 104 on my journey to every country on the planet. But I would get to love the island even more during my two days on Sal.

Due to the political stability and the perfect climate with 350 days of sunshine per year, Cape Verde is one of the safest countries in Africa and a major tourist destination. Package deal providers  like TUI operate charter flights from Germany, the Netherlands, Belgium the UK and other destinations in Europe to bring sun-craving tourists to the African sunshine.

Good to know: The official language of Cape Verde is Portuguese and the currency is the Escudo which is fixed against the Euro at 110 Escudos per Euro. On the main islands of Sal and Boa Vista, Euros are widely accepted at the rate of 1:100. Euros are also used by locals to pay for busses etc. – so you don’t look like a total tourist when you use Euros. If you spend more time in Cape Verde, you should withdraw some Escudos from an ATM or exchange Euros at an official forex bureau – otherwise you’ll end up losing 10% with every transaction due to the differences in the exchange rate

Day 1 – The salt mines of Pedra de Lume and 27.5 kilometres of walking

I got up early in the morning to perfect weather. The sun was up and I went on a run to explore the small town of Santa Maria and its beach – the main tourist area on the island.

Afterwards, it was time to explore the sights of Sal. The easiest option to do that is by joining one of the many day tours starting from Santa Maria every day. Prices start at around €20 and you can see all sights of the island within one day. But apart from the sights, you won’t see much while you are cramped into a tourist bus. They only stop at the sights, spend a couple of minutes there to take some pictures and then go on to the next place. These rushed group tours that send you from one souvenir shop to the next are absolutely not my thing. So I chose to explore the island by myself.

Off to explore the island

There are frequent mini busses going from Santa Maria to Espargos, the main town of the island. The busses leave whenever they are full (which never took more than 10 minutes for me) and the fare is €1 or 100 Escudos. From Espargos, I decided to walk to the salt mines of Pedra do Lume, one of the main sights on Sal. With headwinds of 30-50 km/h, the 6 km hike became a bit more exhausting than I had anticipated but after 1.5 hours I finally made it there.

The Salinas de Pedra de Lume are salt mines inside a volcanic crater:

The large salt deposits gave the island of Sal, Portuguese for salt, its name.

With the strong winds blowing in the same direction as I walked now, the way back towards Espargos was more relaxing. When I got back to my apartment in Santa Maria, my feet were quite sore and a look at my health app told me that I had walked 27.5 km in 35,806 steps throughout the day.

After a good night’s sleep, my muscles felt fine again in the morning of day two. Time for some walking. I took one of the mini busses to Espargos again and then another bus to Palmeira, a small settlement on the east coast of the island. From here, I would walk to the Blue Eye in Buracona – around 5km from the town centre. After around 40 minutes of walking, a local truck driver stopped and offered me a ride – I couldn’t resist.

The Blue Eye is a natural pool of water that reflects the sunlight in a beautiful blue colour, making it look like a huge blue eye. Next to the cave, you can also find a beautiful lava pool where you can take swim.

On the way back to Palmeira, a local guy gives me a ride on his quad bike. Awesome! Not only do I not have to walk back the 5 km in the hot midday sun, I also get to ride a quad bike on a gravel road. Thanks to the time saved, I make it back to Santa Maria right on time for lunch. The island of Sal is very scarcely populated – therefore I was even more lucky that I met someone on the road. Cape Verde is the 3rd least populous nation of all 54 African countries.

In the afternoon, there is one more thing I want to see – Kite Beach. The heavy winds that blow from December to June make Sal one of the top kite surfing spots in the world. Kite surfers from all around the world meet here on Kite Beach. A beach on the east coast of the island where the wind conditions are ideal. The beach can easily be reached by taxi from Santa Maria or you can also walk there which I would recommend. The scenery on the 30 minute walk is amazing. I passed by several salt fields and sand dunes before I hit the beach with dozens of kite surfers.

The atmosphere at the beach is incredible. I spent over an hour looking at the surfers glide over the water guided by the strong winds and their kite. There is also a cool wooden bar where you can have a refreshing beer.

The best area to stay in Sal is definitely Santa Maria. You will have a beautiful beach right in front of your doorsteps and all the tourism infrastructure such as bars and restaurants. One of the best places to stay is Hotel Pontao. It is perfectly located near the beach and offers an amazing value for money with rates starting at $75 per night.

Conclusion about my time in Cape Verde

I have to admit, I wasn’t sure what to expect before my trip to Sal in Cape Verde but I absolutely loved my time there. Even though the tourism industry on the island is huge, the locals are extremely kind and helpful and there are lots of beautiful things to explore. Travelling through Sal was relaxing and felt safe at all times. I will definitely go back to Cape Verde someday to visit some of the lesser known islands. Since I was on the island of Sal in February, I missed the nesting season for the beautiful loggerhead turtles. Between the months July until October, the turtles hatch on the islands of Sal and Boa Vista – August is the best month to visit Sal for turtle watching. I will definitely have to go back for that experience.

Have you been to Cape Verde or do you plan to go there? Also, let me know if you have any further questions or additional information about Sal in the comment section. 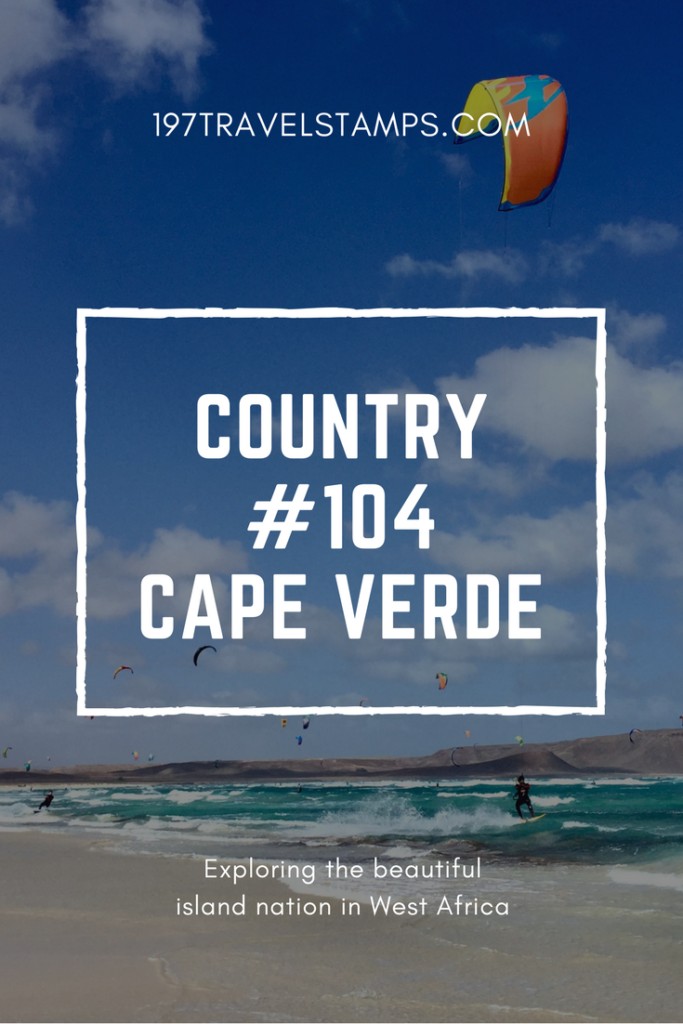